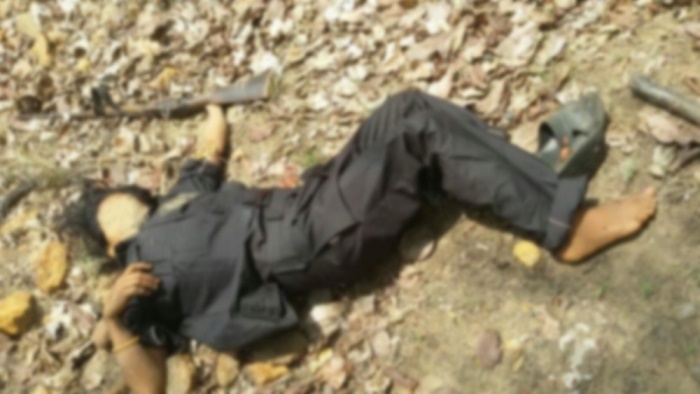 In picture: Recovered dead body of Hidme with visible ‘new’ uniform and ‘bangle’ on her wrist.

Adivasi activist and AAP leader Soni Sori has alleged that the recent encounter of adivasi woman – Hidme was fake. She said that, “Hidme, 21, who is married, was home doing household work when few uniformed security personnel spotted her and dragged her into the forest, covering her mouth to mute her screams. She was wearing sari when abducted and wasn’t a Maoist. Sori stated adding that Hidme was later gangraped whole night and shot dead on Monday morning after security forces allegedly changed her sari into Maoist uniform.” Earlier on 13th June, newspapers reported that, a woman Naxal was gunned down in a shootout between police and Maoists.

Police however said that she was carrying a reward of 2 lakhs on her head. Sukma SP, Indira Kalyan Elesela told, “The skirmish took place between the ultras and a joint team of Special Task Force (STF) and District Reserve Group (DRG) in a forest near Gorkha village under Konta police station limits. The security personnel, while carrying out an anti-Naxal operation in the interiors of Konta forests, around 500 km from here, spotted a group of ultras, following which an encounter broke out between the two sides. However, Maoists soon fled taking the cover of dense forest. Later, during search, the body of a woman Naxal was found and a muzzle loading gun seized from the spot. The killed ultra was identified as Madkam Hidme, a member of Kistaram area platoon number 8 of Maoists”.

“There are many tribals from Konta region stuffed into the jails whose relatives keep visiting for court hearing and often come to meet me with the issues. Few of them on Tuesday approached me seeking help for Hidme, who was brutally murdered in a fake encounter by security personnel”, Adivasi rights activist Soni Sori said. Her team was stopped and harassed in various camps, after which they were stopped at the Injeram Camp, mere 10 km distance from the village and were asked to return. She had although informed the villagers that she would visit in a day or two, they should cremate the body after postmortem. She alleged that “the administration and police knew she was travelling to the village which is why they tried to create hurdle and didn’t allow her team to reach the spot”  “I am now going to meet Sukma SP and collector to lodge an FIR and help us visit the village”, she added.

AAP leader Nagesh Bancchor reiterated the same, “the villagers want to fight for justice and had not cremated the body till Wednesday morning. They (Sori and her team) were stopped at several places and finally not allowed to go beyond the Injeram camp, which is 10 km short of the village. Both the police and the district magistrate had been notified that the team was visiting the village. This clearly shows that the government wants to hide the truth. We were told that police wanted to ensure security before letting the team go forward, but that was just an excuse. The party will file a complaint with the DGP and the home minister that political parties aren’t being allowed to function in Bastar,” he said.

Lingaram Kopodpi, journalist and nephew of Soni Sori on his Facebook status reported the same stating, “Soni Sori, Arvind Gupta, Sukaldar Naag and other AAP members were not allowed to go to village for enquiry. This deliberate act of police shows that the encounter of Gompad village is “fake”. If it wasn’t fake then why did they stop the team to visit village? This incident would certainly lead to promotion of some officers.” “Police has given statement to newspaper that – with utter bravery the soldiers have killed a woman Maoist in the encounter”. He appealed that, if anyone from media and civil society is willing, please go to the Gompad village of Sukma, villagers are waiting for help.”

Soni Sori has started dharna and indefinite fast in front of Sukma SP office since 15th evening, for not being allowed to visit the village. Soni Sori and others spent the night in front of the SP office.

We request people to call the officials as soon as possible and insist that Soni Sori and her team should be allowed to visit the village for meeting Hidme’s family members and conduct inquiry.

Numbers of the officials: 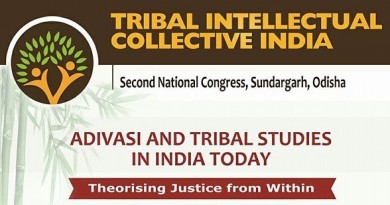 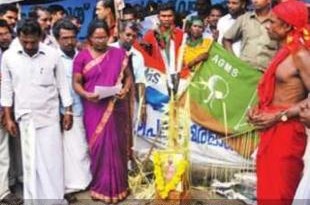