Raipur: The sexual violence and abuse on Adivasi women by soldiers during Maoist search operation in villages under Basaguda station of Bijapur District would be probed by National Commision for Schedule Tribes. Chairman of the Commission Dr. Rameshwar Oraon would be visiting Raipur on April 3 and would take charge of probe  himself. The statements of victims and witnesses would be recorded at a temporary office in Raipur Rest house.

It should be noted that in October last year Security forces were accused of rape and sexual abuse on Adivasi women in Chinnagelur, Peddagelur and Pegdapalli village under Basaguda Station, Bijapur. On October 19 and 20 Paramilitary Forces were patrolling in the region. The allegations are that soldiers had raped and assaulted tribal women.

It was 15 days after the incident in the first week of November, when the incident was exposed by AAP leader Soni Sori and other Human Rights Activists. After much uproar, the administration in November registered case against unknown men and provided medical treatment to four women survivors. However, no identification and arrests have occurred in this case, even after 5 months.

After the incident Congress formed a 11 member investigation team to record testimonies from the respective villages and a report was submitted. The report also affirmed the Sexual violence and abuse on Adivasi women. On Wednesday, the Basaguda rape case was raised again by member of Congress in the Assembly and ruling government was condemned with serious charges.

The National Commission of Schedule Tribes has taken note of this incident. Though Chairman of the Commission Dr. Rameshwar Oraon won’t be visiting Bijapur, it has asked the concerned people to come and register their statements in Raipur.

The article has been translated in English and original article can be accessed here. 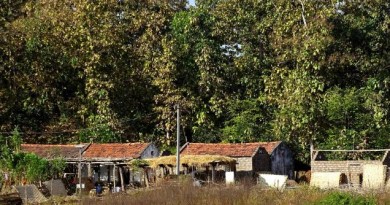