This article is republished from thehansindia, January 21, 2017.

Vizianagaram: After the move for bauxite mining in the Visakha Agency, it is the proposal for granite mining which keeps Adivasis on tenterhooks in the Uttarandhra region.
The proposals cleared by the government to use the Bodikonda and Badidevarakonda hilly areas under Parvatipuram mandal and Tamarakonda in Saluru mandal in Vizianagaram district for granite mining raised serious identity and livelihood issues for the local Adivasi groups. Around 25-30 minor habitations of Jatapu and Gadaba tribal sub-groups are living in the Tamarakonda region.
Konda Doras, another tribal sub-sect of the Scheduled Tribes has made Bodikonda and Bodidevarakonda hilly region their home.
After securing permissions, which include the one from the Union Ministry of Environment and Forests (UoEF), the mining agencies intensified their activity for granite mining regardless of resistance from the victims. Granite reserves available in the area intended to be used for exports to China and for local consumption.
The granite slabs in the Uttarandhra region are relatively cheaper when compared to the Cheemakurthi brand in Prakasam district.
Prof P D Satyapaul, head of Anthropology department, Andhra University, who conducted a series of studies on tribals in the Uttarandhra region, told The Hans India that the mining activity will have an adverse impact on environment and humans, especially tribals in the forests, in three forms;
The streams, lifeline for the people In the forests, and feeders of the major rivers in the plains will go dead as the mining activity will disturb the course; the source of living of tribals will be affected by way of loss of forest produce and loss of water for farm fields; as a whole, the mining activity will pose a great threat to the Eastern Ghats that pass through the Uttarandhra region.
Prof Paul said as many as seven streams are flowing from the hilly regions in the Uttarandhra region regions feeding Gambheeram, Nagavali, Vamsadhara and Gosthani rivers before emptying themselves into the Sileru river, a tributary of the Godavari river.

If the mining is allowed, the Godavari, mainly depending on Sileru, will suffer for want of inflows, he cautioned. The undivided Visakhapatnam of which Vizianagaram was part was inhabited by 19-20 tribal sub-sects.

Of them Kondadevara, Gadaba and Jathapu are predominant groups in Vizianagaram district.
Kolaka Avinash of the Andhra Pradesh Girijana Sangham, who is part of a movement to save Bodikonda and Bodideverakonda from the mining threat, said the farm fields are endowed with two streams feeding 12 check dams and 30 tanks.
A stretch of 12000 acres in the plains receive irrigation facility from the two streams, he added.
Reddy Sriramamurthy, a tribal activist, said tribals in the three hilly areas are eking out a living mainly by selling firewood in Parvatipuram.
Besides, they raised cashew and mango plantations with support from the Integrated Tribal Development Agency (ITDA). It is the question of the existence of 20 tribal habitations if the hills are allowed for mining, he said.
Environmentalists are raising apprehensions over the wildlife reportedly coming under threat in view of mining in the Vizianagaram hilly areas.
The areas notified for granite mining are identified as a habitat for Indian star tortoise and monitor lizard.
Sriramamurthy wondered how the union ministry of environment and forests has granted environmental clearance for mining without taking into consideration the rich flora and fauna, However, Sairam Singh, Assistant director of Mines and geology department stated, “Permissions for granite mining was once granted, all rights will be delegated to the mining agencies and that the official agencies have no say”.
Besides, it is feared that cultural and religious identities of tribals will also come under threat due to mining.
“Badidevara Amma is worshipped as the local deity and we celebrate a festival at the temple every year”, says S Errayya of Gangapuram in the Bodidevrakonda area with little knowledge as to what was in store. 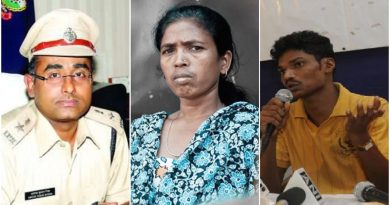 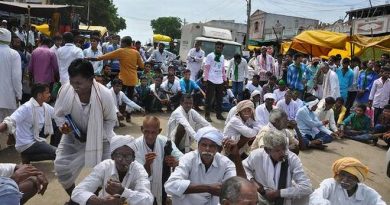 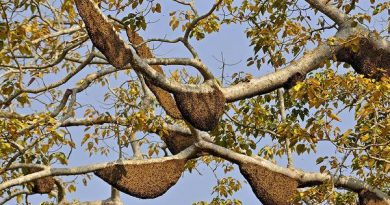