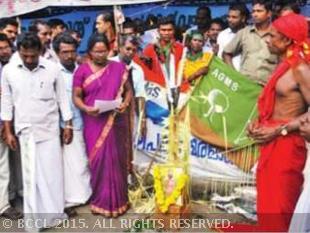 “The need for a political movement struck us when the government package to settle the 162-day nilpu samaram (standing protest) last December got delayed. It is because we are not a vote bank.We are launching the second edition of nilpu samaram in front of the secretariat on January 1, demanding the implementation of the cabinet decisions announced then as part of a settlement,” says AGMS convener M Geethanandan.The protest will also be used as a platform to mobilize public support for the new political party .

The Munnani will be the culmination of the political experiments that were initiated by the tribals in February 2003.A group under the leadership of CK Janu and M Geethanandan had encroached upon the wildlife sanctuary at Muthanga in Wayanad district and declared that they had seized the land to protest government failure in allotment of arable land among tribals. There was police firing and the campaign that had followed prompted the AK Antony-led UDF government to sign an accord with AGMS with a promise of land and compensation for all families at Muthanga.

“One of our major demands during last year’s nilpu samaram was compensation for all children who were jailed during the Muthanga struggle. Even after a year, only 26 of the 130 kids identified by the human rights commission received compensation,” says AGMS president CK Janu.

AGMS leaders are touring tribal hamlets across the state to spread awareness about the party . “The state government has been hijacked by certain religious and communal pressure groups. We are forced to toe that line to earn our share of the power pie,” says Janu.

She maintains that the party has yet to decide on joining the three politically active fronts in the state. Dalit activist and writer KK Kochu says chances that these fronts will accommodate the new tribal party are slim. “We have the example of Indian Labour Party floated by Indian Dalit Federation. Though it was formed along with NDP and SRP , neither LDF nor UDF accommodated it,” says Kochu. (National Democratic Party and Socialist Republican Party were political parties floated by the prominent Nair Service Society and SNDP and both were taken into the UDF fold.) Kochu also points out that the tribals, with a population of around 4 lakh, form less than 1.5% of the state’s population.”They are scattered in different districts and don’t form a majority in any of the panchayat wards,” he says. V B Ajayakumar, director of Rights, an NGO working among dalits, is of the opinion that it is better to persuade tribals to vote smartly than create a political front for them. “In Kerala, the ruling coalition is often decided by four or five seats which are won with slender margins. Hence, each vote can be determining,” he says.

The architects of Neo Democratic Party have a larger agenda before them.”We will include dalit, dalit Christian, fishermen, tribals and most backward class in our fight for a share of power. So far, the power in Kerala has been divided among Nair, Ezhava, Christian and Muslim communities -which together make 70% of the population. That pattern needs to change for the sake of better democracy ,” says Saji K Cheraman, secretary of the ad-hoc committee of the party . “We are also aware that only the rich in these communities enjoy power.”

Saji believes that the SNDP’s new party will not be any different when it comes to the most backward classes.Janu agrees: would tribals be a part of its slogan `Nadyadis to Nampoothiris’ (mahadalits to brahmins) raised by Natesan during the Samatwa Munnetta Yatra? 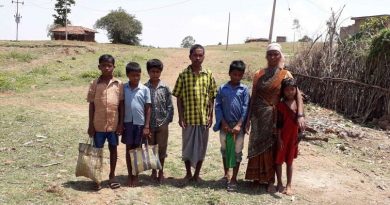 In Chhattisgarh, a Piece of Paper Is Coming in the Way of a Vulnerable Tribe’s Rights 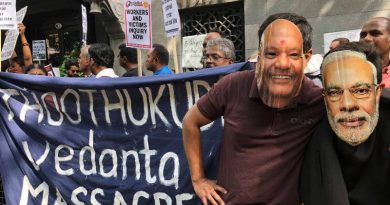 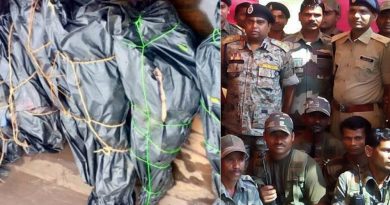