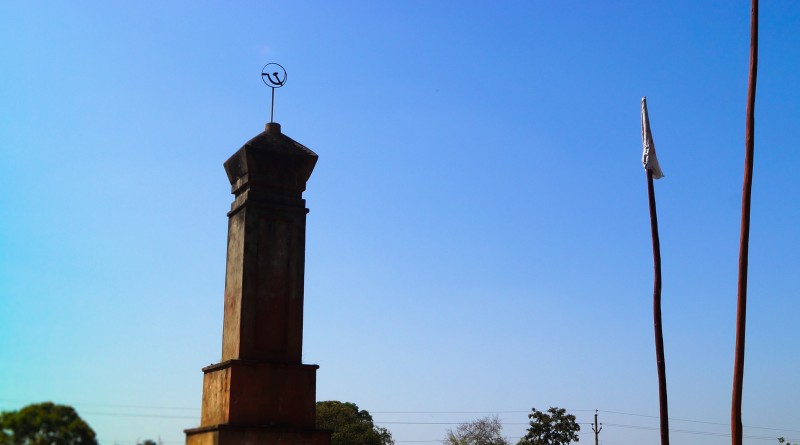 On April 20th 1981 more than 100 [1] Adivasis had sacrificed their lives demanding their rights in Indravelli. In solidarity with the atrocities happening in many mandals, Adivasis went through a lot of struggle. These exploitations by outsiders had started in the form of ‘higher interests by moneylenders’ and continued to illegal occupation on Adivasi land.

The known tale of Indravelli

“In the early 1980s, there were several agitations by Girijans in the Utnoor Agency area of Adilabad district for pattas. Leaders of Rythu Coolie Sangham, which existed then, extended their support to the genuine demands of Girijans. However, Government officials wanted to suppress the agitations. It was decided to have a massive Girijan meeting at Indravelli on April 20, 1981 in support of their demands, which mainly included issue of Pattadar Pass books enabling them to have right on the forest lands in their possession.

Government was given information about PWG’s support to the event and the then Government determined to stop the proposed meeting at Indravelli. So hundreds of police personnel were deployed at the venue and surrounding areas. Several thousands of tribals started coming to Indravelli to participate in the meeting on April 20, 1981. Soon after the commencement of meeting, police resorted to lathi-charge and beat up women, children and elderly people mercilessly. Tribal people, as they are in masses, revolted against the unprovoked police action. This infuriated the police and they resorted to firing. More than 100 innocent and poor Adivasis’ lost their lives in the police firing. Several hundred sustained serious injuries. However, the Government claimed that only 13 people were dead in theincident. In later years, a memorial was constructed at Indravelli where tribal people lost their lives. The memorial was demolished (in 1986) by the police.”2

An Adivasi narrative of the incident

After independence, there has been inflow of outsiders and they started exploiting Adivasi regions and resources, by manipulating innocent Adivasi’s. One after the other, dominant castes like Reddys,Vaishyas, Marathas etc. started entering the region. They started purchasing Chinta (Tamarind), Ippa-puvvu (Mahua), Lakka (Lakh), Tunikaku (Pattal leaves) at cheaper rate and sold them at higher prices. Thousands of acres of land was occupied by them, because of Adivasis inability to pay back the debt (at higher interest rate).

In order to confront these outsiders, Adivasi’s had started Girijan Sangham and started educating them by visiting all the villages under the banner. They used a traditional Adivasi instrument tudum (used to call people for gathering) and in fact the Mahasabha in Indravelli was initiated with the sounds of tudum on April 20th.

Initially the permission was given for organizing Mahasabha, however in order to demoralize the resurgence movement, the authorities cancelled it in last moment (on 20th April 1981). On Monday weekly market, thousands of Adivasis had come to visit market and to attend Mahasabha. They went to Indravelli without knowing the permission had been cancelled. Thousands of police surrounded people who were gathered there, and were told not to cross the line (drawn by police) and started firing without giving prior warning.

Along with the people who died on the spot during incident, later on, more than 50 Adivasi eventually lost their lives because of lack of proper medical facilities. International media like BBC discussed on the issue, at the same time, a country wide discussions happened. Though government responded modestly by constituting inquiry committee, it was mere crocodile tears and nothing substantial was done. Most of the victims neither got job nor compensation that the government had promised. We can still find people who were injured on that day in the villages like Pitta bongaram, Kesala Gudu,Dongara.

Adivasis in Adilabad district still suffer atrocities in isolation, like someone crying in the forest. Because of lack of basic facilities, education, heath, transport, etc. people have been suffering in two ways- one by outsiders, second by ‘fake’ Adivasis. Outsiders started exploiting adivasi regions by violating the constitutional rights that Adivasis were given. To save the lands that they had occupied from Adivasis, they married adivasi women. Eventually the bride is turned into house maids. In the name of busines and illegal construction, atrocities are happening. On the other hand, by entering into adivasi areas and getting fake caste certificates many Lambadas (who were given ST status only in 1976) are capturing the employment of Adivasis.

In 1976, when Lambadas were included in ST category. Their population was 1.5 lakhs, after 30 years itself Lambadas population increased to 25 lakhs. These statistics show Adivasis representation has been threatened and they are deprived of reservation, while Lambadas are getting benefited from it. Due to their inclusion in ST, they could exploit Adivasis by illegal means. It must be brought to notice that Lambadas comes under backward castes in other states.  As if this was not enough, the government in the name of tiger zones and green belt, came up with a plan to evict Adivasis from their land. Chillapa commission was recently formed to reassess the communities coming under BC communities. And if these communities are included in ST, Adivasis rights/lives are going to be at stake!

So taking lesson from Indravelli, Adivasi intellectuals, civil society, students should question/confront the injustice that is being done to the Adivasis. When we realize what Adivasi society and Adivasi martyrs had dreamt of, then only it’s going to be true tribute for their sacrifices.

1 Testimonies of villages surrounding reveal the number. However, it has not been verified in person as people didn’t want to

admit their relative’s or their participation in the event, due to fear of Police harassment.

The article has been translated from Telugu to English by Joshi Babu Palli, MPhil research scholar at Hyderabad Central University.

(Disclaimer: The incident has conflicting narratives and more than one versions of the story. A detailed analysis of the event with interviews of survivors will be published in upcoming days.) 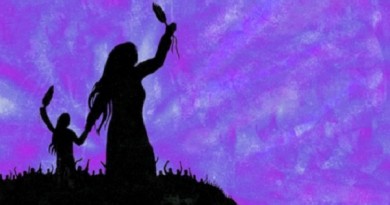 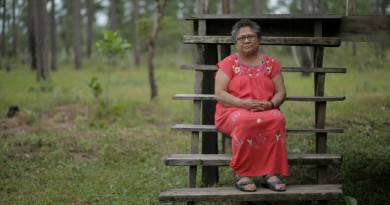 Access to land for indigenous women: an essential condition for eradicating gender violence 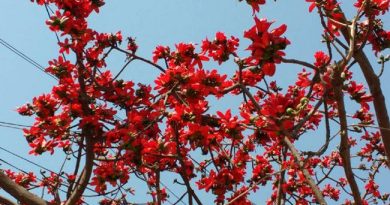 2 thoughts on “Indravelli Massacre: A tale of another Jalianwala Bagh”