As a student from the Mavilan Tribe in Kerala, Binesh Balan knew that studying, and achieving his dreams, was never going to be easy. Given that his father toiled hard as a coolie, Balan knew that even if he faced hurdles in life, he could not give up on his dreams.

But growing up, Balan, a resident of Kasargod, realised that studies were just a small part of his struggle: challenging casteism, and the discrimination he faced for being an Adivasi, would be far bigger fight. But now, as he gets ready to join the prestigious London School of Economics in 2017, the 24-year-old has become a role model for his community, and the marginalised communities of South India.

It is of course, not a surprise that Binesh’s role model is Babasaheb Ambedkar. “I have been inspired by Babasaheb, who studied in foreign universities. Like most Dalits and Adivasis, Ambedkar is my hero too,” he says.He is one of the 20 students from the country selected to LSE through National Overseas Scholarship Of Government of india.

Growing up in Kasargod, Balan, who claims to be the first Adivasi student from South India to join LSE, knew that he wanted to pursue computer studies. Unfortunately, poverty impeded his passion to join BSc in Network Engineering in a private institution in Bangalore after his higher secondary education.

So, in 2009 he decided to instead pursue graduation in Development Economics, following which he joined MBA in the Institute of Management in Kerala University campus in Thiruvananthapuram in 2012. During his college days, he was humiliated by casteist slurs, and says he was not the only one. “The college staff would say, ‘you get huge amount of money (scholarships). What are you doing with it?,” he says. “This showed that every student who availed scholarship was looked down upon by upper caste people,” he adds.

However, Balan never lost sight of his goal: during his days in the institute, he was engaged in research and one of his papers about a traditional healing method to treat drug addiction was published in Journal of Multidisciplinary Studies. Interest in research attracted him towards human subjects, and he decided that Anthropology was his calling. Towards this end, he started looking at various universities abroad for further studies, but even he did not expect the kind of discrimination that was to follow.

“I decided that University of Sussex would be the place I wanted to study, and I was selected for the Anthropology course too,” says Balan, “But I needed a lot of money which was impossible without help from the state government and that is where I realised the true extent of discrimination that Adivasi students in Kerala had to face if they wanted to pursue academics,” he adds.

“I needed Rs 36 lakh towards travelling expenses and admission proceedings including security bank deposit. I was left with no option but to approach the government. I approached the Government Principal Secretary seeking assistance. It could be easily repaid as I was offered a scholarship from the university,” says Balan.

However, despite the amount sanctioned, his file remained caught in red tapism for almost a year. Whenever he approached the secretariat querying status of the application, was subjected to mental torture from officials. “I was confronted with harsh questions like ‘How can an Adivasi student like you repay the amount?” Binesh adds.

Officials also told him that they couldn’t allow more than Rs 5 lakh to an Adivasi student. “If this wasn’t discrimination, what is?” asks Balan.

“When I pointed out that a student belonging to ST category was given Rs. 20 lakh for higher studies, they humiliated me saying ‘he was influential and you are powerless’,” Binesh points out. Later, he came to know that he was son of a government official. And finally, they closed his file after six months citing the government was unable to allow me such a huge amount. So, his life-long dream had turned into dust due to bureaucratic apathy.

Unbearable torturing, harassment, racial abuse and endless sufferings, Balan contemplated suicide, but thankfully dropped the idea. “If I fail, my community fails and if I stand my community stands and lives. I was stern that I would continue to fight,” he says.

He managed to approach the then CPI MLA A Sunil Kumar. The ministers came to Balan’s rescue and gave strict orders to reopen the file. But the officials continued to harass him, asking him to submit offer letter from the university along with other documents within two days. “See how this bureaucracy is interested in denying the opportunity to a poor student,” he points out. “I felt like they were asking me to go and buy some fish from a market. But, the officials had no voice in front of the minister’s stand,” he adds.

And although he had to drop the idea of joining University of Sussex, luck smiled on him and he was selected at LSE for MSC in Social Anthropology.

Now, Balan wants to ensure that he uses this opportunity to stand up for the voiceless.

“Politicians, and public too, to some extent, often boast about the better standards that Kerala for Dalits and Adivasis. But it’s still lagging far behind the developed societies while it comes to eliminating social discrimination,” he says, but points happily that even the new Minister for Tribal Welfare, A K Balan, has assured him of all assistance.

The article was originally published in twocircles.net on September 2, 2016 and can be accessed here. 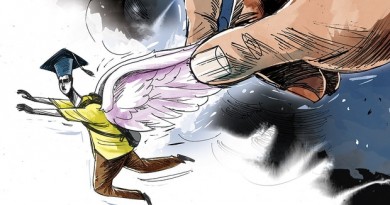 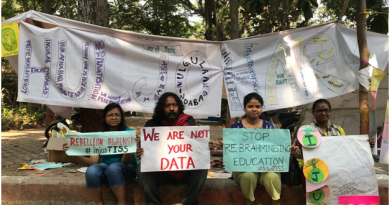 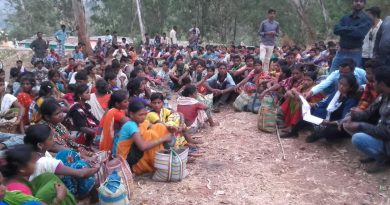 Villagers assaulted by Police for protesting against fake encounter in Dantewada-Bijapur border : Report and Video